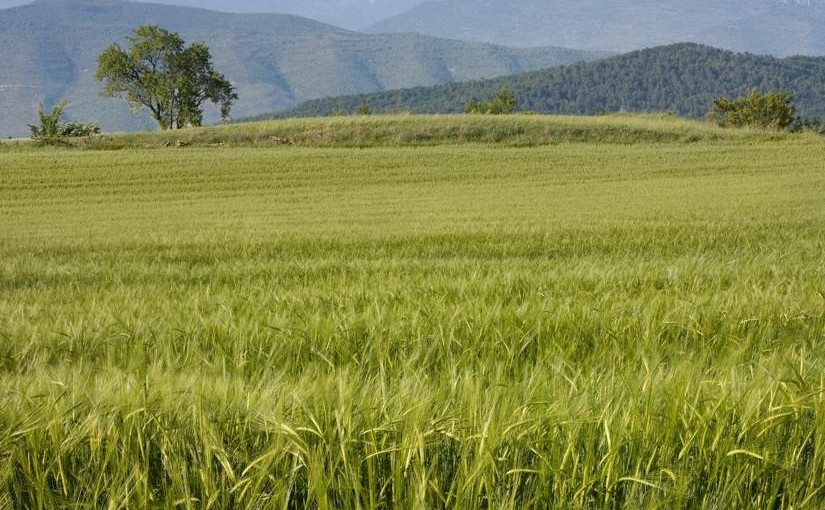 My second big photography project, Vistagraphs, is an experiment in making photos that reflect the way that humans perceive the world. This is an explanation of what I mean by that.

A vistagraph is an image that combines elements of several photographs in an attempt to more accurately represent the feeling of being in the place and time that the photographs were taken.

This is one of my favourite Vistagraphs. I feel it captures the elements of the scene that I liked – the lush fields of young wheat with mountains rising dramatically behind them:

The above image represents what my brain saw better than any single image I was able to capture on my camera that day. It is in fact a composite of two images:

Vistagraphs are composed of photographs taken in different directions, at different focal lengths and exposure settings, but always in the same place and at the same time. This last point is important – the same technique can be used to create fantastical landscapes that bear no relation to a place in the real world, but this is not what I’m aiming for.

When I take the photos, I try to visualise how they will fit into the final vistagraph, and compose them so that the features of each photo will blend into the next without the join between them being obvious.

2 thoughts on “The making of “Vistagraphs””